A new genetic marker type recently termed SNPSTR (pronounced ‘snipster’), is to be established for the species under investigation. The name derives from its structure: A microsatellite (STR, short tandem repeats) forms the centre and the flanking regions contain at least one sequence variant (SNP, single nucleotide polymorphism). So the SNPSTR technology combines short DNA motifs that are repeated several times with SNPs patterns of punctual individual deviations in the genetic material. Parenthood analysis is enabled due to the information gained from the microsatellites, while the information of the SNPs allows the determination of the population origin. 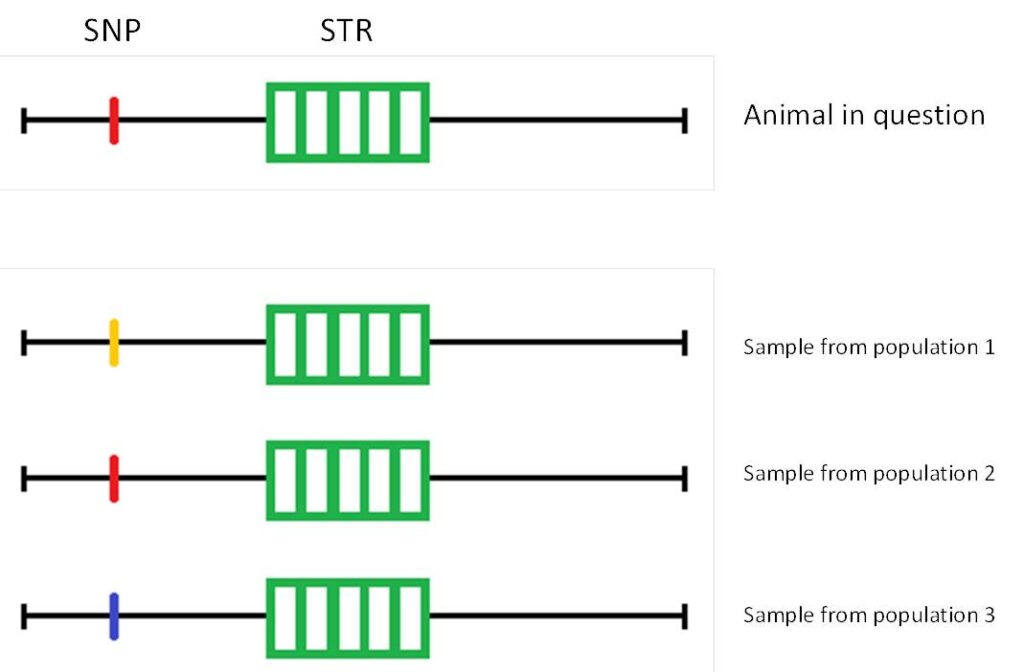 A SNPSTR-Marker with a microsatellite (5 repeats of the DNA motif), and a SNP. Based on the SNP the individual in question can be assigned explicitly to population 2. In the case of a parentage analysis, the STRs would be used. (Sketch based on Knieps, 2020, Bachelor thesis)

In formalizing animal population or breed descriptions, SNPSTRs offer significant advantages over using microsatellites or SNPs alone: Since the closely linked SNPs and STRs have different mutation frequencies, the information content per gene locus increases enormously, therefore fewer marker are needed for a doubtless match/mismatch. Since the flanking regions of microsatellites are highly conserved, the short distance between the SNP and the STR (approx. 500 bp) makes recombination unlikely. This allows the development of a haplotype consisting of two markers, which also has a higher discriminative power.

Our objective is to develop a set of about 20 SNPSTR-marker per selected species, which will then allow the doubtless determination of the population origin and paternity of the animal in question. 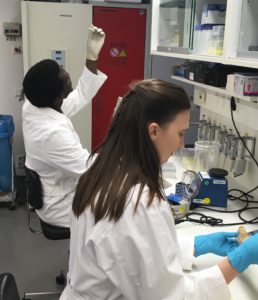