To study and understand the biology and biodiversity of species, taking specimens in the wild or raising them for research purposes, faces important ethical and regulatory issues. One very well-defined method to ensure good DNA quality in research is utilizing viable animal-derived cells.

Cell culture is one of the most important working techniques in biological and also medical research. Each cell carries identical copies of the genetic information, the DNA, which provides important molecular information on the initial animal species. In this way, metabolism, cell division, and many other cellular processes can be studied.

A unique cell could virtually multiply indefinitely while keeping the initial genetic information relatively intact. In other words, a deceased species could virtually live indefinitely through his cells and give precious and high-quality DNA, RNA, proteins, or chromosomes that could be kept frozen in liquid nitrogen (-196°C) and used for research purposes.

In the FOGS project, we are taking this path to produce from rare and endangered species, viable cells that we store for an indefinite period of time to generate a repository of rare genetic and molecular information.

Besides producing cells for the research community, we also aim to use this high-quality genetic information obtained from these cells to design precise SNPSTRs markers that require high-quality DNA. These markers will be used in identifying species in the endeavor against illegal trade. 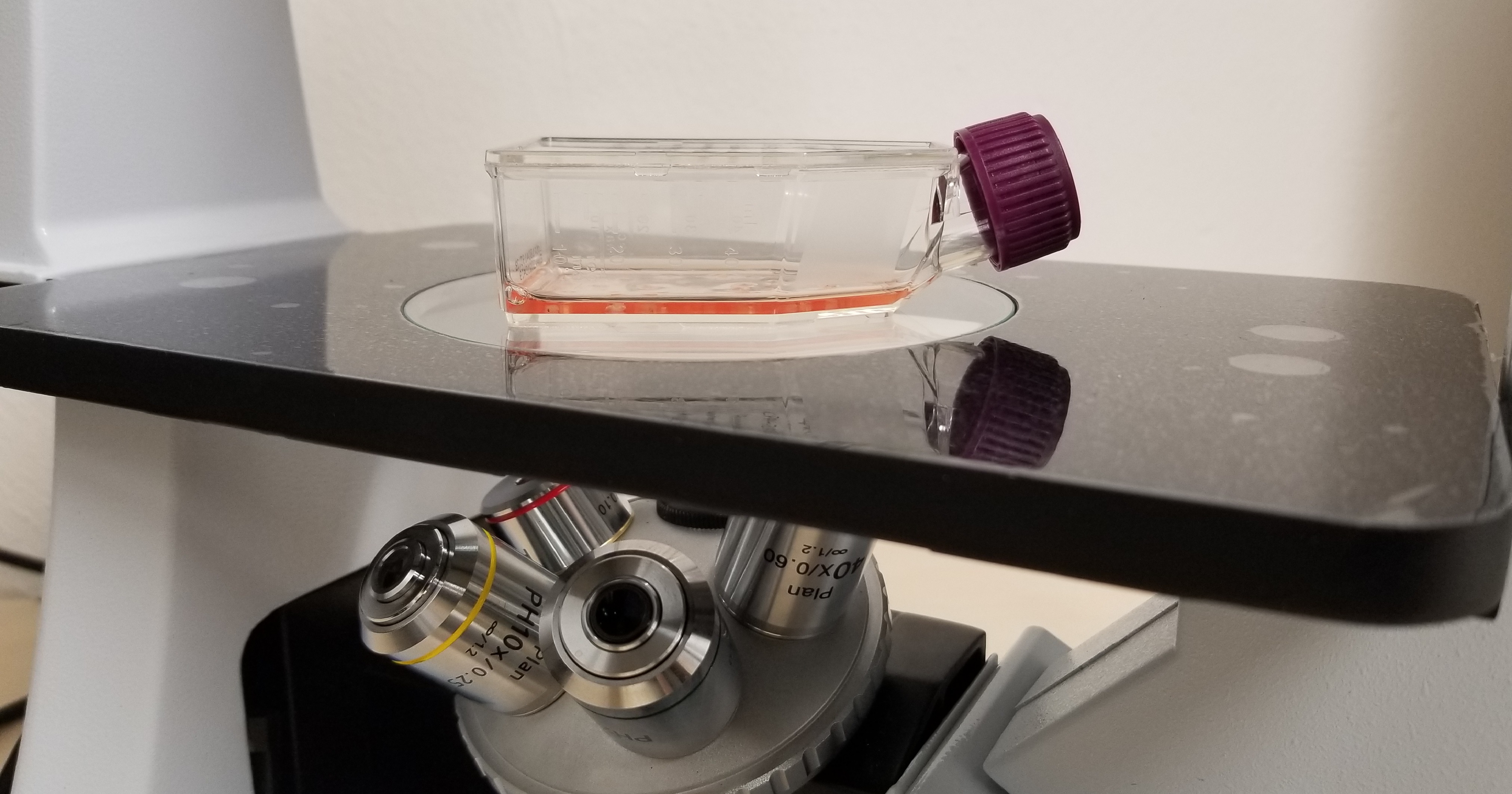 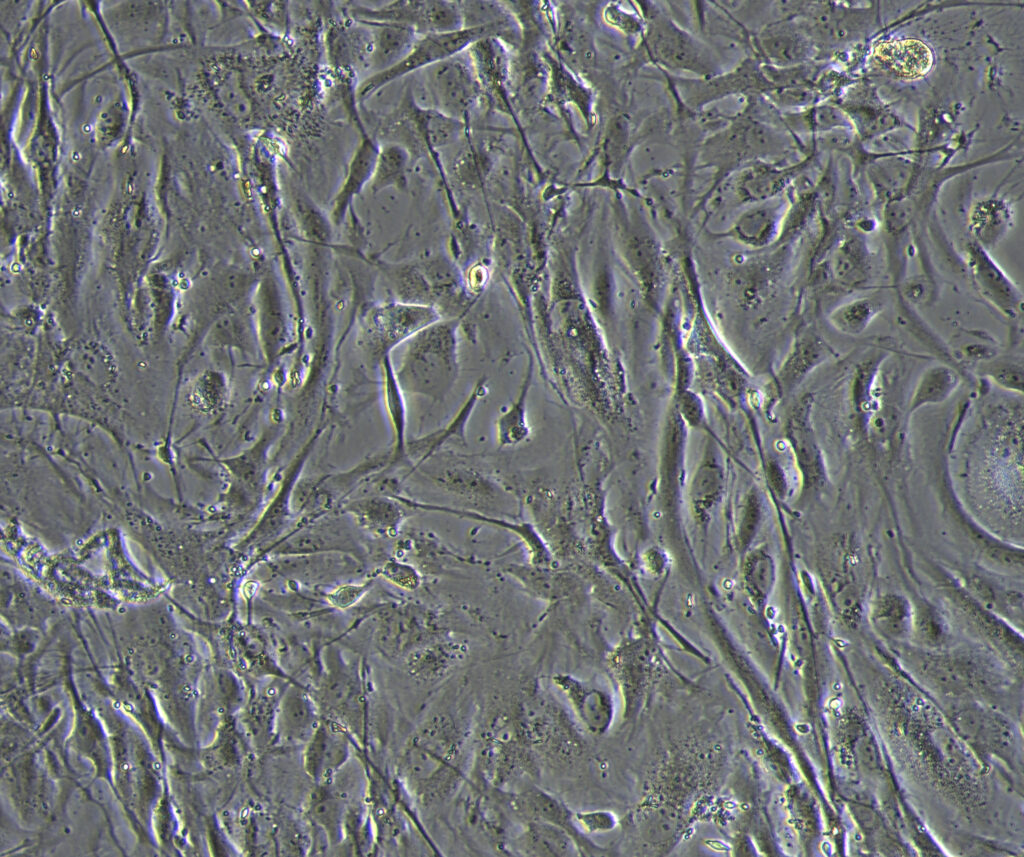 Cell population derived from leg pieces of Bombina variegata (Yellow-bellied toad). One could notice a mix of morphologically different cells that are, inter-alia, muscular syncytium, fibroblast and epithelial-like cells. 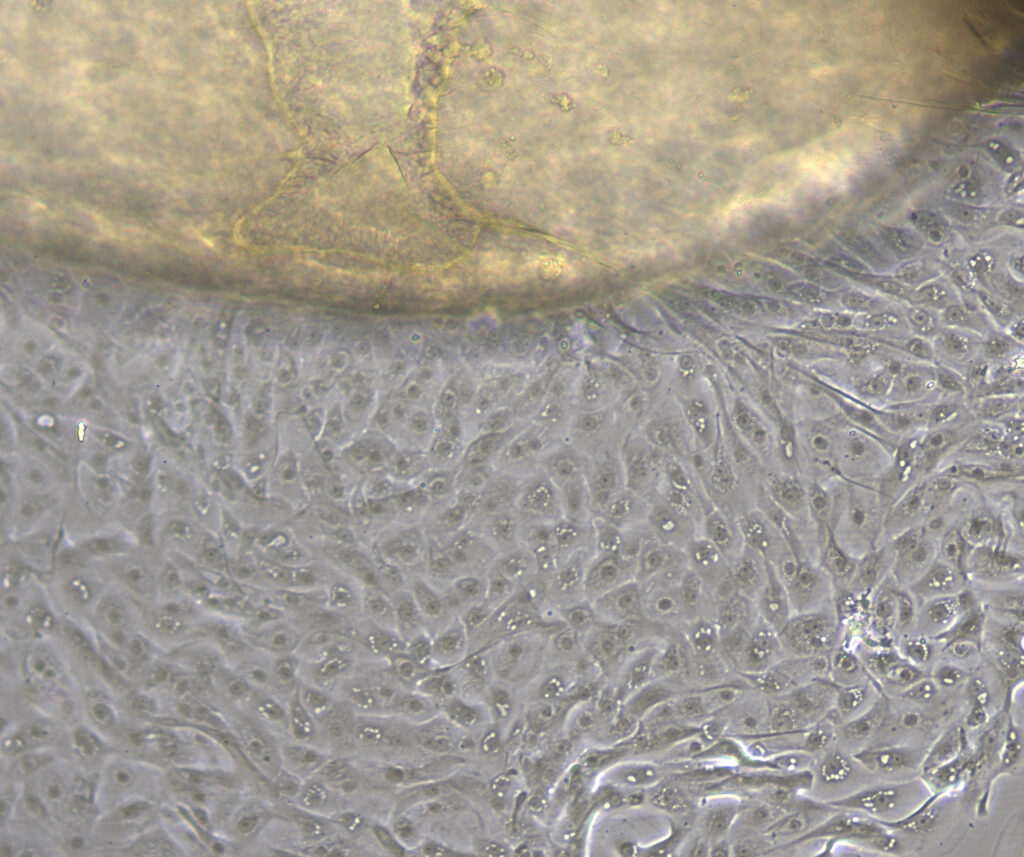 Cell layer growing from an explanted Cornea (structure on the top in the image) collected from a freshly deceased juvenile Falco tinnunculus (Common kestrel). The uniform cell population was obtained after 5 days in culture. 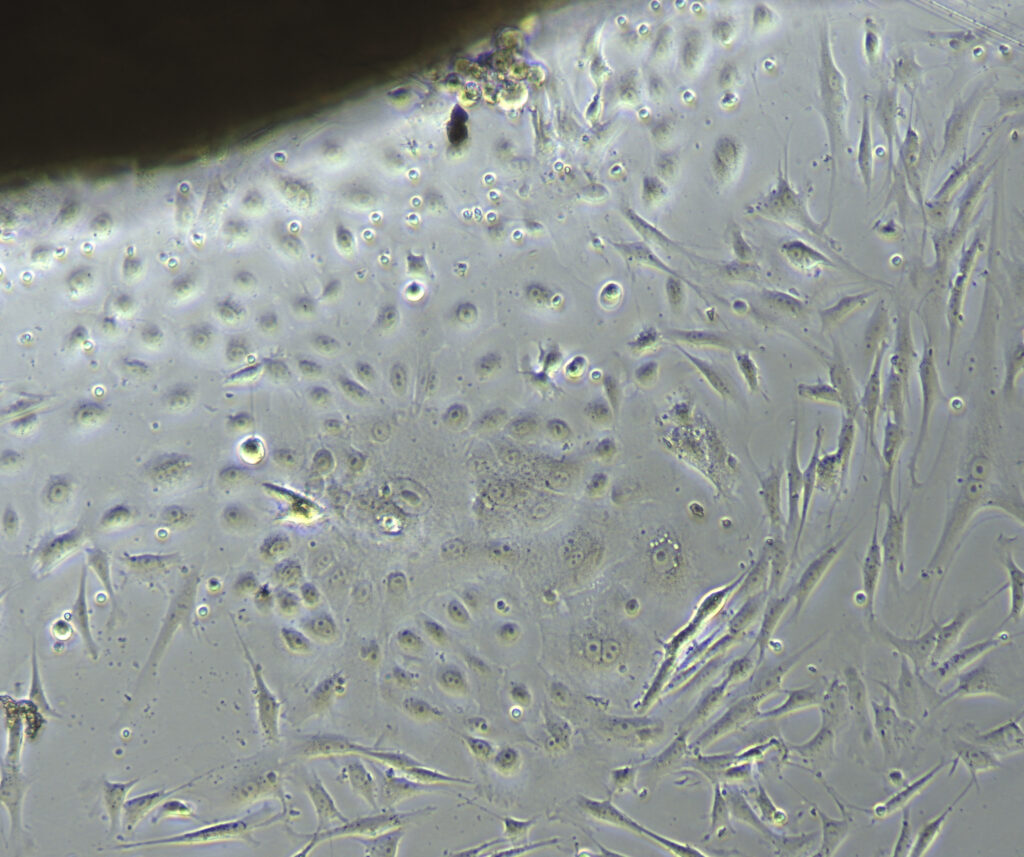 Heterogeneous cell population growing from an explant of lip (structure on the top in the image) collected from a Panthera tigris (Tiger). Epithelial-like cells are growing close to the tissue will fibroblast-like cells are migrating away in the outer layer.